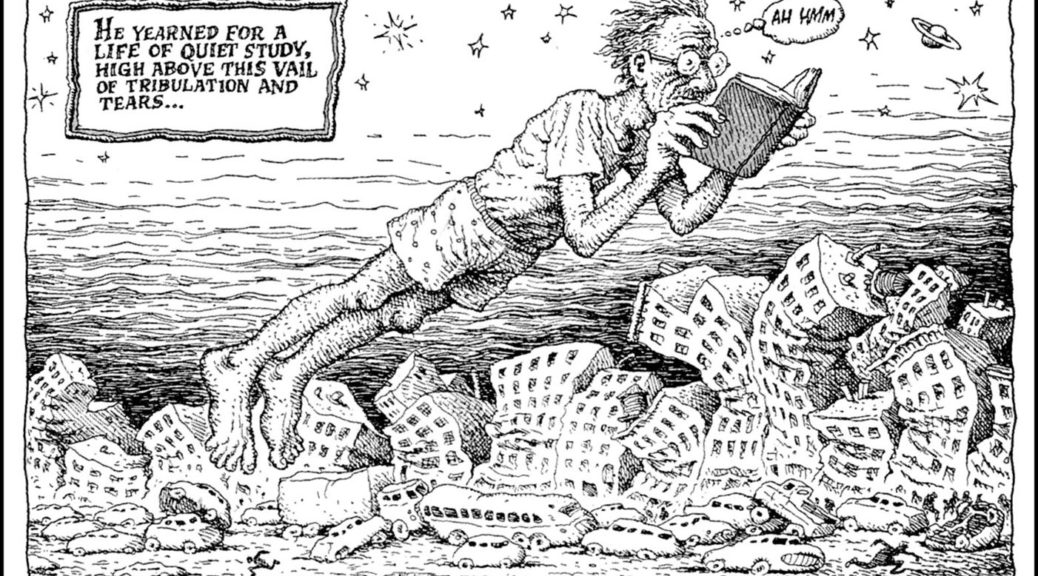 The Comics of R. Crumb: Underground in the Art Museum is a proposed volume in the Critical Approaches to Comics Artists book series at the University Press of Mississippi. This volume will contain an array of critical essays on the comics of R. Crumb, one of the most influential and celebrated, yet controversial, comics artists, and one who has been the subject of relatively little academic study to date. Essays from many disciplinary and interdisciplinary perspectives are welcome, including critical approaches from comics studies, art history, critical race and ethnic studies, cultural studies, design studies, disability studies, film studies, gender and sexuality studies, literary studies, history, museum studies, music studies, and others.

Essays that address the following topics are especially welcome:

Accepted abstracts will be used in a formal book prospectus, and the deadline for full-length essays will be negotiated shortly thereafter.

The Canadian Society for the Study of Comics invites proposals for 15 to 20-minute papers to be presented at our annual conference, on any and all aspects of comics, graphic narrative, picturebooks, and textual-visual arts. This year we would once again be particularly interested in receiving proposals on comics by and/or about indigenous peoples. Proposals from academics and independent scholars in all fields are welcome.

The conference will take place in Toronto on May 10-11, at the Bloor Yorkville Marriott and the Toronto Reference Library. We are very pleased to announce that the academic keynote speaker for 2018 will be Canadian comics scholar Dr. Bart Beaty. The creative keynote, a joint presentation with TCAF’s Librarian and Educator Day will be announced at a later date. Please find information about the CSSC and our previous conferences on our website: http://comics-scholars.com.

Submit a proposed paper title and 200-word abstract, along with a 50-word biography and contact information, to Barbara at csscscebd@gmail.com by January 15, 2017.

The conference is held in collaboration with the Toronto Comic Arts Festival, a major international exhibition of independent comics artists and small publishers, which takes place May 12-13 2018 at the Toronto Reference Library and surrounding venues.

Please send us information you would like to share, such as: Promotion of upcoming books and articles Calls for papers Requests for peer review Conference news